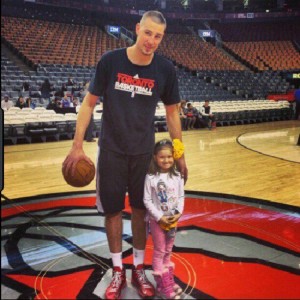 The 2014 LAUNA annual games will be held in Toronto, Canada, May 23-25. The games are organized by the Canadian-Lithuanian Sports Federation. Head of the games is Rimas Kuliavas and Honorary Chair is Toronto “Raptors” and Lithuanian National Team star, Jonas Valanciunas.

We are planning to have basketball (Men’s A & B, Women’s, Junior A), volleyball (Men’s, Women’s, Mixed), table tennis, shooting, and golf.

Preliminary team registrations are due no later than April 10th, can be completed here: https://docs.google.com/forms/d/1jxfulgVsmTxloX56sTJtmnoH_YVPClBFITzZhbCwdpc/viewform

Once preliminary registration is complete, we will announce the final tournament formats, fees and other details. Final registration, including team rosters and fees, will be due by May 1, 2014 to Arunas Morkunas (ajmorkunas@rogers.com)

Permanent link to this article: http://www.salfass.org/sportas/launa-toronto/