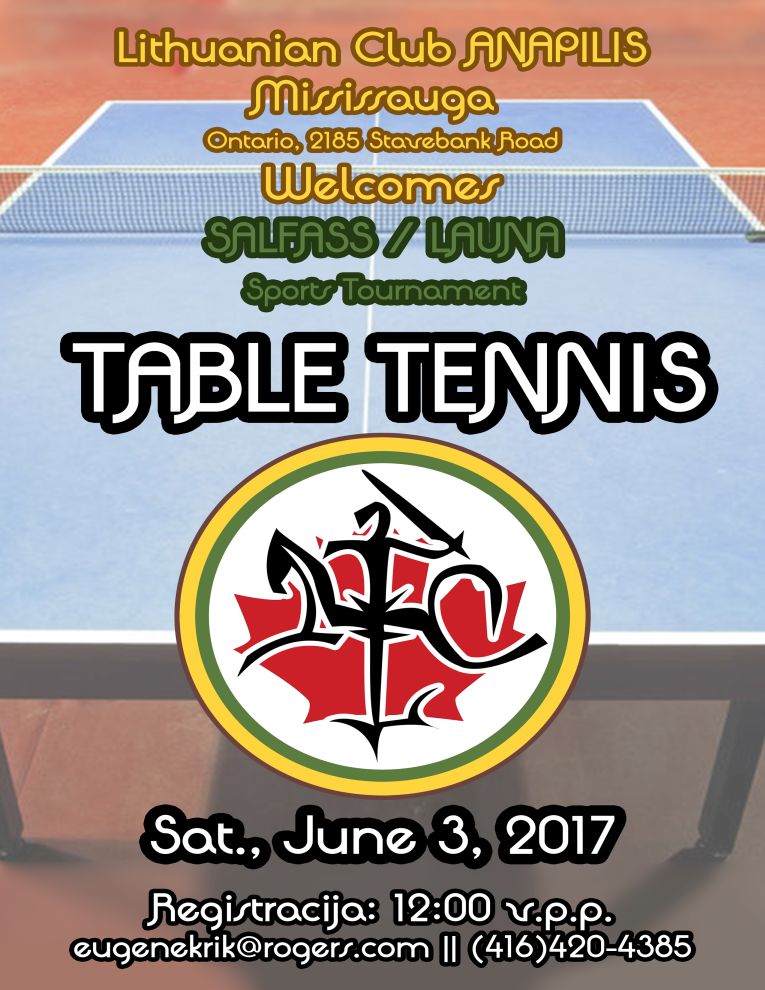 All Men’s teams and Women’s team will be scheduled
to play Friday night.
We have these
teams registered:
2 Men’s A —
Lituanica A and Ausra A
9 Men’s B — Lituanica B,
Atletas, Vytis, Detroit 1, Detroit 2, NYLAK, Hamilton,
Anapilis, Ausra B
4 Junior A Men’s — Ausra, Anapilis, Cleveland, Ancaster
H.S. (guest)
4 Women’s — Anapilis, Rezistencija, Hamilton, Mohawk
College (guest)
The Men’s tournament will be divided in two pools (6 and 5 teams) and
play 3 preliminary games. The top two teams in each pool
will play in the Men’s A semifinals. The third and
fourth teams will play in the Men’s B quarterfinals.
Men’s C will have the two fifth teams and the sixth
team.  The losers in the Men’s A semifinals will
earn a spot in the Men’s B semifinals.  Finals in all divisions will
be Sunday with a projected Men’s A final at 1:30
pm.  Rimas
Miecius

Permanent link to this article: http://www.salfass.org/sportas/salfass-games-in-hamilton-june-2-4th-2/