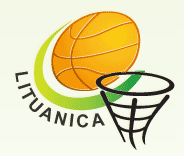 The 2013 LAUNA Juniors Basketball Tournament will be held May 4-5th weekend in Lemont, IL. Chicago “Lituanica” will be hosting this year’s tournament. Tournament directors will be Aurimas Matulevicius and Donatas Siliunas.

We invite all LAUNA clubs who have completed their 2013 LAUNA registration to participate in this classic event. It is important to complete the preliminary registration by March 20th, 2012 . Please send registration information to Donatas Siliunas dsiliunas@aol.com.

After that date more detailed information on tournament format, team registration fees, etc. will be shared with the participating clubs.
Final registration with rosters and tournament fees will be required by April 20th, 2013.

Thank you and hope to see a large turnout!

We intend to send the following the teams to this year’s LAUNA tournament:

Permanent link to this article: http://www.salfass.org/sportas/launa-2013/